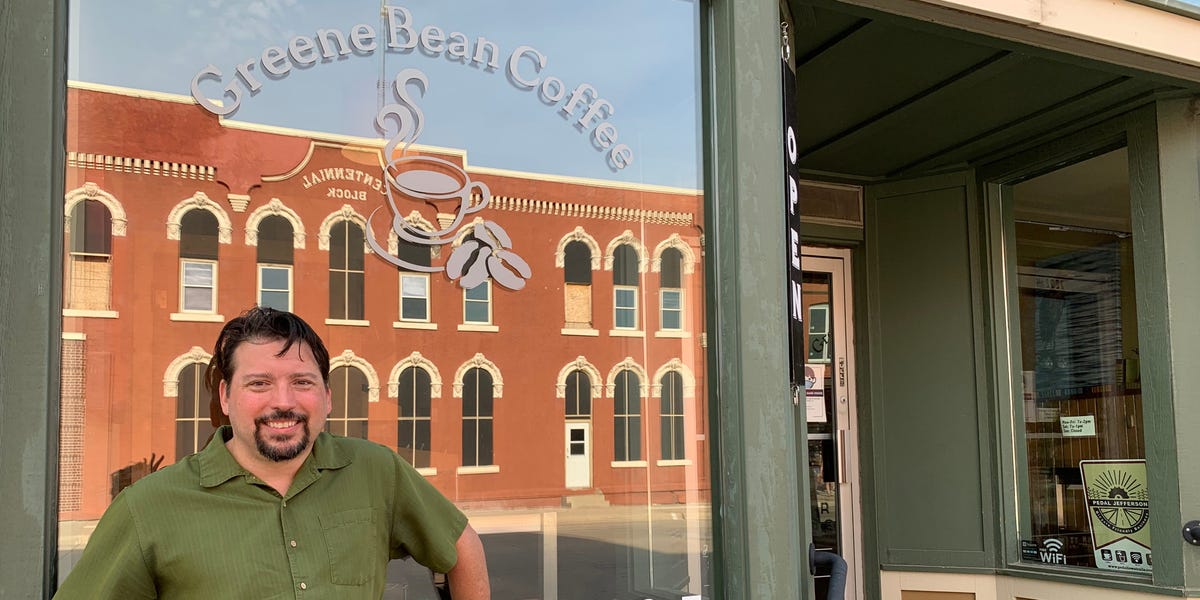 Greene Bean Coffee in Iowa is demonstrating the power of paying workers $15 an hour.

Once the shop raised wages to $15 in June, owner Rich Osborne told Insider, “that kind of upended the entire narrative out there that people don’t want to work after the pandemic anymore.” It wasn’t a drastic increase — Osborne said they were averaging about $12 an hour beforehand — but it still stood to put a good chunk of money in employees’ pockets.

“Once I wrote it down on a piece of paper in front of me and saw how little the numbers were, I mean, it was a no-brainer,” Osborne said. “So I think people just have a knee-jerk reaction to $15: ‘Oh my God, that’s so much.’ And it’s not.”

He added: “There’s plenty of people out there that would gripe that high schoolers or college kids or entry-level jobs don’t need to be making that much. That just fueled me even more to do something about it.”

As college started back up, the shop needed to hire new workers. As The Jefferson Herald’s Andrew McGinn first reported, that’s when the applications really started pouring in.

“I got like 50 in two weeks, and I think that’s more I’ve gotten than the entire nine years we’ve been here,” Osborne said. He said the coffee shop has “proved otherwise” the narrative that people don’t want to work right now.

Osborne’s story sticks out amidst a sea of reports about traditionally low-wage service jobs desperately scrambling for workers. Some are offering hiring bonuses; others are offering free iPhones. While it’s true that leisure and hospitality leads the pack in hiring, it’s also seeing an elevated number of workers quitting.

Some economists and the president have argued that the solution to the labor shortage is hiking wages to at least $15 an hour. That’s the number activists and politicians have coalesced around for years, and it’s more than double the current federal minimum wage of $7.25 (which hasn’t budged since 2009).

Iowa is one of the 21 states whose minimum wage is the same as the federal rate. Many states have raised wages on their own, but localities in Iowa are banned from raising their minimum wage above the state’s level.

The current hot labor market has seemed to put some pressure on wages, with marked growth every month (even outpacing inflation since the start of the pandemic). As Insider previously reported, average pay for restaurant and grocery workers just exceeded $15 an hour for the first time. While that means half of workers still earn less than that, Greene Bean is part of a trend toward higher pay.

“Smart people realize that you invest in your business, so therefore you have to invest in your employees,” Osborne said. “And that’s what’s great for me: I can trust them to run my business for me. I don’t have to be the one waking up and opening the door first thing in the morning.”

One big concern about raising wages: Things will get more expensive. Massive chain Chipotle said that was the case when they raised their wages.

That’s happening at Greene Bean, too. At the same time as the wage hike, they updated their menu, and Osborne said prices got rounded up to the next quarter.

Osborne said they did it so “we didn’t have to deal with so much change.” Their most expensive drink is about $6, but a regular old large cup of coffee will still run you $2.

And his higher wage is impacting more than his own employees.

“‘I’ve already seen interest in other businesses trying to figure out how to do it,” Osborne said. “If you’re going to invest in your business to make more money, investing in people to do it for you is probably a better investment than buying a shiny new machine.”