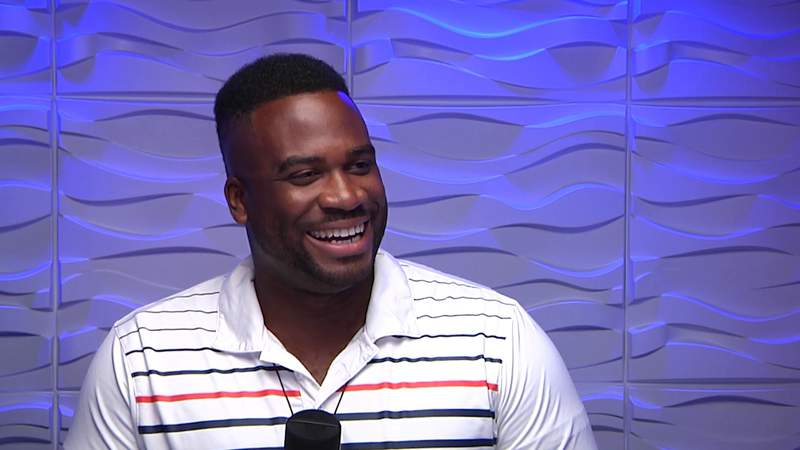 ORLANDO, Fla. – Frank Bailey began his professional career as a teacher but says he’s spent most of his life working in farming and landscaping.

“It started with going to my grandparents’ house and eating green beans from (my grandmother’s) garden for the first time and being just blown away,” Bailey said. “It’s like, ‘What is this?’ She’s like, ‘Oh, it’s green beans.’ I was like, ‘Why does it taste different than the ones we eat at home? I want this,’ and so she took me out to her farm, and then made me work.”

Bailey said when he was 13, he started a small landscaping business with his father.

“We turned it into an actual business affair where we had equipment and started hiring people. And when I started playing football, I couldn’t stand the smell of grass, I was tackling people in grass, I was picking up grass. I said, ‘I can’t do this anymore,’” he said.

Bailey turned his interest toward other pursuits and ended up in education. However, he said he noticed gaps in the curriculum — life skills that he felt kids needed to learn. That’s how the seeds of Grow Orlando were planted.

“I started pursuing opportunities to stretch my entrepreneurship wings and wanted to use land because it’s a very high commodity and I didn’t want to sell it. Because it just didn’t mesh with me at the time,” Bailey said. “So it’s like, ‘How do you turn land into money?’ It’s like, ‘Oh, you reaping and sowing it’s one seed or give you hundreds of plants. That’s, that’s a great return. Let’s do that.’”

He started farm stands at YMCAs and offered an enrichment class for kids at the Tangelo Park YMCA. He gave his students a plant and told them to come back in two weeks.

[ADD YOUR BUSINESS TO THE FLORIDA FOODIE DIRECTORY]

“The plant that you have has the label on the pot that we gave to you. It costs like $0.95. So bring it back in two weeks, it will have grown, which means its value would have increased and you’d have taken care of it. So that makes it something that I’m in demand for. I’ll pay $2 for it,” Bailey said he told his students. “But if you tell me about it — tell me all the healthy qualities of it and you market it up a little bit, you could even re-pot it if you want — we’ll negotiate.”

He said only one student ended up bringing the plant back, but the kid took the project to heart and he ended up getting $3.25 for the plant.

“Everybody had a plant the next week. Some plants we’ve never seen before, but they all knew about the plant,” Bailey said. “They were telling me about how healthy it was. They’re telling me how I can cook it.”

From there, Grow Orlando started to blossom. He looks to turn his students into “stewards of creation” and give them tools to end what he calls “food apartheid.”

“We’re starting to coin the term food apartheid now because a food desert implies that it’s naturally occurring — you know because a desert is a natural occurrence in the environment and I don’t think lack of food access is naturally occurring in those socio-economic communities,” Bailey said. “I live like two minutes away from Publix, or an Aldi, I can walk there, and I also have a garden in my backyard. I can pick from that whenever I need to. But these students don’t have that opportunity. So we want to be able to bring that to the community and say, ‘Hey community, what do you want?’”

In the latest Florida Foodie, Bailey talks about partnering with churches in the Orlando area to help build micro farms as part of his “Grow It Forward Program.” He also talks about how he is helping to teach his students business literacy as well as agriculture and landscaping skills.

Florida Foodie is a bi-weekly podcast from WKMG and Graham Media that takes a closer look at what we eat, how we eat it and the impact that has on us here in Florida and for everyone, everywhere. Find new episodes on Apple podcasts, Stitcher or wherever you download your favorite podcasts.

Use the form below to sign up for the ClickOrlando.com Florida Foodie newsletter, sent every other Wednesday.