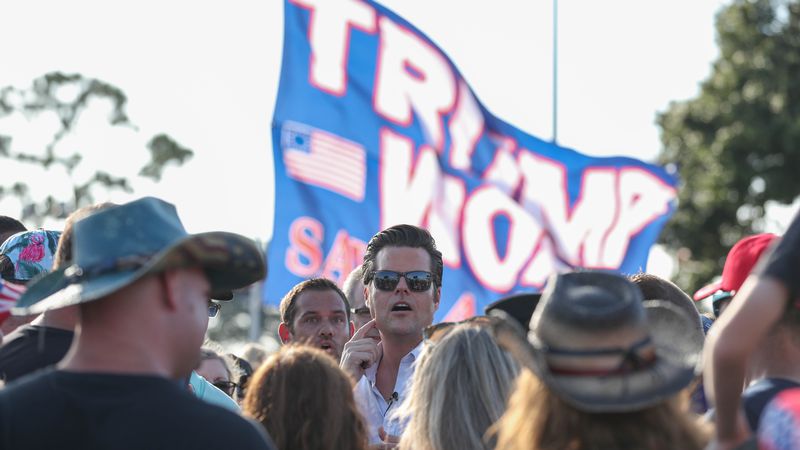 As the Florida Republican congressman and ardent ally of former President Donald Trump began to speak outside Largo’s Conservative Grounds coffee shop, he clung hard to the cues of the former president, whose image was plastered behind him.